Once upon a time...
growing up in the dusty, crowded, back streets of an ordinary city, there was a little boy. 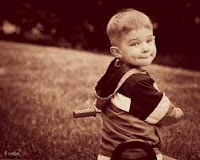 This boy had the most incredible, piercing blue eyes and adorable dimples in his cheeks, that you would just love to squeeze!
Every time his parents pulled him along through the busy shops, people would stop and stare and tell them what an absolutely gorgeous little kid they had.

One part about this story (as it is unfortunately not your typical fairy tale) is that his mum and dad, for some sad reason (which is a whole other story) did not know or have the ability to be able to appreciate what an amazing, unique and special little boy they had brought into the world.

They would drag him along, muttering under their breath what a nuisance and attention seeker he was, (even though he had actually not attempted to do anything).
When the coast was clear and nobody was watching, he would reliably receive an unwanted present of a clout around the ear, for the 'inconvenience' he had caused.

So, as time passed.......
he started to look down towards his grubby shoes, hiding his sparkling eyes under thick lashes,
In fact, it was even a lot worse then this, because the older the boy became, and the more he could communicate and be independent, the more his parents seemed to want to stifle him.
They started to take their inner anger and turmoil out on him more and more. 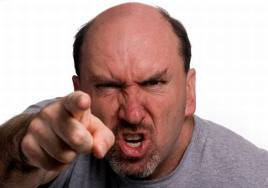 'You are such a nuisance',

'you will never amount to anything',

they would hiss at him through gritted teeth over and over again.

Things were very grim and life was filled with many knocks and bruises and 'I walked into the door' excuses.

His class mates began to look at him with distorted eyebrows, when he shuffled by, eyes downcast.
They even nicknamed him 'Quasimodo', because of his hunched shoulders.

'Oy, Quasi!' they would shout at him with curiosity, 'Come over here and talk to us!'
'Uh, sorry, no I cant, gotta rush,' he would mumble.

'Hey there, is everything okay,' she would coax gently, hunching down to try and get a look at his face. 'Do you want to talk about it?'
'Sorry, no I cant,' he would mutter.

The years passed in between a blur of physical and psychological beatings.
His grades diminished more and more, due to the headaches he always had. The swellings and the voices of his parents chanting in his head stopped him from being able to hear what the teacher was saying.

'Can you please look up and pay attention!' His Maths teacher would say, 'And can you tell me what the sum is?'
'Sorry, no I cant,' he would say.

'Could you repeat what I said back in English?' The french teacher would ask.
'Sorry, no I cant,' he would reply.

'Can you come up to the board and point on the map to where America is?' Asked his geography teacher.
'Sorry, no I cant,' he would say in a whisper.

In swimming class, his coach would encourage him to dive into the deep end,
'Come on, it's easy!' he would shout over the splashing.
'No, I..I...cant!' He would croak amidst mouthfuls of water.

When he would arrive home, his school report crumpled and worn in his sweaty palms, his parents would snatch it roughly from him.
'I knew it!' His mother would hiss through gritted teeth. 'Just what I expected.'
'Pathetic,' his father would grunt. 'He is not capable of anything, he will never amount to anything.' He would add before turning and slapping him on the head with the words, 'What a failure you are!'

And so the little boy grew up, fulfilling all the words of his parents.
They were right, he would think.
He was a 'failure' just as they said.

He drifted from job to job, his bosses becoming exasperated at his 'lack of motivation'.

They would say, 'We need you to step up to the plate now.'
'Im sorry, no I cant,' was always his reply before he would loose his job.
He knew, it was that he just was not able to fulfill his duties properly.

He went on a couple of dates but they would say at the end of the night, that he was too serious, depressing or negative. He thought he was just being honest.
He did eventually have a girlfriend, for a few months.
He liked her very much.

She was kind and loving.
She would lift his heavy fringe gently with her fingers and peer into his eyes.

One night while they sat watching their customary show on telly, she turned towards him, playing nervously with the hem of her skirt. 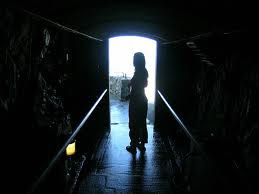 She stood up slowly, turning once to look at him with brimming eyes, hoping that he would say something different, but he didn't.

So she walked away, shutting the door between them and the only love he had ever felt in his life.
And yes, he did love her. Totally.
Which is why he had to let her go. She deserved much better then a nobody like him.
What could he ever do for her?
She was smart, beautiful and full of life. She had everything to live for and the world at her feet.

He stared at the muted screen on the television. The flickering faces becoming those of his now deceased parents, jeering and laughing at him.

'Haha, she left you! Of course she did!' They screamed in his head.
'What else would you expect!'
His class mates, teachers and previous employers all crowded behind them on the little screen, banging at it from the inside.
'Let us out and into your head! We will teach you how to do it!' They shouted hysterically.
He tried the remote control but even when the power light went out they were still there,                 guffawing at him with psychotic eyes.
The voices filled his head, becoming louder and louder and he clawed at his ears in panic.

'No, I caaaant!' he screamed at the top of his voice, grabbing a nearby bottle and firing it at the television screen. It smashed into smithereens and the dark room went silent.

He got up with a weary sigh, walked out the front door, barefoot, leaving the wide open door creaking in the wind behind him.

As he approached the looming shadow of the city's bridge over the flowing river, he caught a glimpse of something moving. A dark silhouette stood perfectly still and tall, balanced on the railing.A silhouette he knew so very well.

The silence in his head was never as loud as this moment.
The familiar shape suddenly began a slow motion free fall into the icy waters below as he raced without thinking towards it, diving over the edge at the same point where the figure was now being engulfed by the deadly waves.

The silence was smashed by the water hitting his ears and he grasped around desperately in the swirling cold waters, eventually his fingers touching a limp body.
A body normally so full of life, positivity and love. It just didn't seem possible. It was so wrong.
He clung on, fighting the waves with all his might, dragging the dead weight with him onto the shore.

He pounded on her chest and exhaled deep gulps of air into her lungs, sucking in all the strenght he possesed and giving it without pause to the only woman he had ever loved.

She coughed up the salty water, and sucked in the life giving air she desperately needed.

'You did it...you saved us both,' she replied in a whisper, 'Now, I want you to keep doing it. 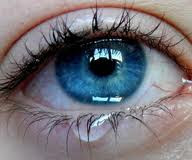 
He wrapped his wet arms around her and looked her directly in the eyes for the first time,
salty tears streaming down his face.

For more on the subject of
believing in yourself and what you CAN do,
contact me on 086-3845299 or email neurocombatives@gmail.com
visit @  www,mindartblog.com
www.therightmindclub.com