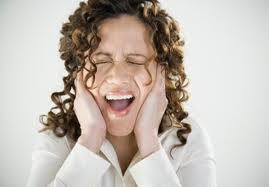 Don’t you ever get fed up listening to this?? I know that I certainly did!!

One day, I finally said, enough is enough and I switched off my ‘negative’ voice.
I decided I was no longer going to be ruled by my mind and instead I wanted to rule ‘it’.

Eckhart Tolle asks us, 'Can you be free of your mind whenever you want to? Have you found the off button?'

Or... is there a constant chattering in your head?
And maybe, even more importantly, is it a positive or negative influence and how does that serve you?

Tolle says in the 'Power of Now' that,

"Not to be able to stop thinking is a dreadful affliction, but we don't realize this because almost everybody is suffering from it,
so it is considered normal."

"Thinking has become a disease. Disease happens when things get out of balance." 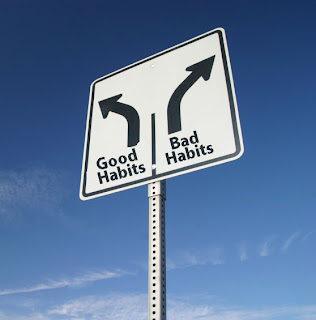 "The mind is a superb instrument if used rightly. Used wrongly however it becomes very destructive. To put it more accurately,
it is not so much that you use your mind wrongly - you usually don't use it at all. It uses you. This is the disease.
You believe that you are your mind. This is the delusion. The instrument has taken over."

Most people will say to this things such as 'I cant', 'It's impossible', 'It's just natural', or maybe... 'It's habitual'.
Well actually, I agree fully with one of those statements.
The last one.

So........what does that mean for us??
From the moment we are born we start to learn. We learn patterns of behavior through repetition.

"Something we do enough times gets it's own neural pathways in the brain. Each neuron learns to connect and fire with the next one down,
and the behavior gets set."

"Of course, this doesn't mean the brain always learns the 'right' behavior to automate; quite often,
our brains learn to do things in ways that make us miserable and even sick."

Therefore, if we can learn, we can presumably 'unlearn'.

If we learn through repetition, then we can simply replace one pattern with another, right?

Of course, it will take a little practice to break the habit. The more you become aware of it though, the easier it will become.

"The moment you start watching the thinker, a higher level of consciousness begins to take over." says Eckhart.

Your mind will start to be less cluttered and then you can start to control it, rather then the other way around.

As Richard Bandler, co-founder of NLP says, "The mind is like any other muscle, it needs to be used or it becomes weak."

As you start to regain control of your mind and have more and more moments of calm, you will notice suddenly having more clarity and focus
and with that better ideas will start to emerge from your unconscious.
Things that would have previously been lost under all that 'noise' will now be crystal clear.

Bandler says,"The truth is, when we know something is done, it becomes easy to change. We're highly programmable beings-"

And if this is true, then what else can we program our minds to do?

Can we program ourselves for any change?

This is an unpopular theory with some who said to Bandler,
"You are saying we are like machines. We are humans not robots."

He replied with comments such as, "Actually, what I was saying is just the opposite. We're the only machine that can program itself."
"That's not being a robot; that's becoming a free spirit."
"To me the definition of freedom is being able to use your conscious mind to direct your unconscious activity." 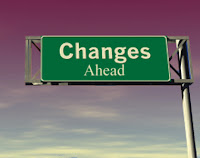 For further information on effecting change and breaking bad habits,
feel free to contact me on 086-3845299 or
email me at neurocombatives@gmail.com
or visit www.mindart.ning.com

To your change and success,