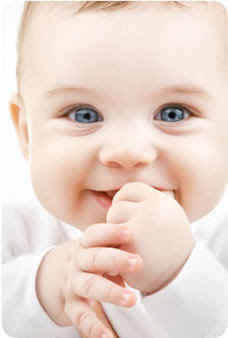 Looking into the eyes of a smiling baby,
I can see only innocence and pure joy.
Their ecstatic giggles are totally contagious and their sparkling eyes convey the sheer pleasure of being - simply... 'being'.


When I was a little girl,
growing up in Italy, my daily existence was filled with joy, mystery, excitement and purpose.

Yes, I believed even then that I had a purpose.

At seven years of age, I would, with rosy cheeks and freckled nose, boundlessly convey to all who crossed my path how truly marvelous it was to be alive!

That was my purpose.

To bring joy and life into all who crossed my path, and I did it with sheer unadulterated gusto!

I spent my winters in Rome, on my way home from school, singing without a hint of bashfulness.


I would chant verse after verse of ‘Volare…oooooh, Cantare oooooh’,
at the top of my voice, for all the exhausted commuters on the train, a delighted grin spreading from ear to ear, when -
as always, I eventually got the whole carriage to liven up and smile (-:


I wrote 'Happy ever after' story upon story, and painted wildly colorful and unusual families of cats wearing every ridiculous outfit perceivable. My imagination was endless. 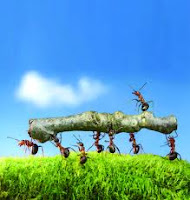 The hot summer instead, was passed playing in the fields in Roccasecca,
my grandparents country house.
When I was not being suffocated by my adoring Nonna’s ample bosom,
I would spend hours rescuing giant ants from a watery death down our leaky outside toilet.
Other times, I was found, knees in the hot muck, saving tadpoles from steaming puddles in the ditches,and carrying them lovingly to the small stream at the side of the house.

Nothing was ever not worthwhile.

Everything and everybody was worth saving and my ‘joy de vivre’ would spread like wildfire wherever I went. 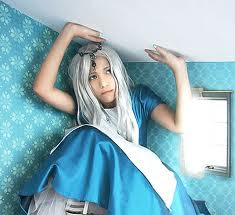 Then things slowly started to change.

Things that previously I was applauded for, and smiled at in wondrous approval, now seemed to become more and more of a nuisance and a waste of time in the eyes of other people.


Grow up, they would say, when I wanted to sing at the top of my voice.
Act like an adult they said, when I reached eighteen and was frowned at for dancing like a crazy girl without the influence of alcohol. (For some unfathomable reason, It seemed 'cool' to do it if you were drunk, but sober it was somehow childish! But that's another blog!)
Don’t bother, your wasting your time, they would say when I picked up the pretty snails - one by one, from my path and a crushing death.


Slowly, my innocent perception of life and all that I could do, began to fade. I started to listen and to care more about what outside influences said,
then my what heart spoke to me. 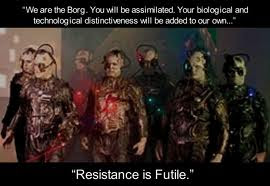 What others thought of me began to become more important then what I actually really thought myself.

Before I knew it, what I thought became the same as what others thought,
and I like the Borg in StarTreck became the collective,
no longer an individual.

I had conformed to the masses.


I still had drive and ambition, but it was now influenced by what I thought (actually, by what others thought rather) I should be doing as opposed to what I wanted to do.

My previous childhood dream of becoming an artist, writing books and spreading joy and happiness was buried somewhere deep inside me.

My mother always used to say what a profound influence Gandhi had on me, after I sat, tears streaming down my face, in awe, watching his incredible story on the big screen.
But, I somehow, over time, forgot his message. A message that had previously been so intertwined with my own. Instead, I hid my childhood fantasy's in my diary and only allowed them out on the blank pages.

My life, took it's new course, I dropped out of Art College in my final year, to pursue a business venture. The years passed, and the dream faded, while I did all the stuff that I thought I should be doing. Stuff that I thought should make me happy. Things, like running my own business.

And, you know what, for a time I nearly believed I was.


This new persona of mine had taken over, and the old me had practically disappeared.

I had forgotten who I really was.

Then, lucky for me, life took it's course. And things changed.

Changes that felt scary, so scary. My comfort zones where challenged more and more.
My lovely safe familiar existence in this material world went down a new,
curving pathway, into a dark, crowded woods. 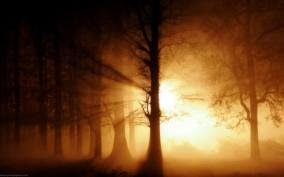 The journey was frightening and I wanted to run back many times,
but as time passed I began to get used to this new path,

I started to smell the air again, feel the breeze, listen to the birds and see the blue skies.

And I started to find my way once more.


In fact, during that journey into that dark woods, I found that little girl again.....and I brought her home.

Now,
she has taken out her little diary once more and is bringing those pages to life.

As Ghandi said, 'Be the changes you want to see in the world.'


So go and make those dreams become reality,

Danielle x
Posted by Unknown at 00:12