Have you got what it takes to be a Super Hero?... 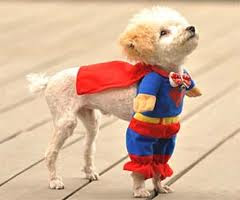 Most of us have had,
at one point or another,
a favorite
Super Hero....

Whatever ridiculous costume or colored spandex they wore,
did not matter.

What mattered was how we felt when we were in their company.
Whether sitting cross legged,
our breaths steaming up the television screen in our anticipation, or flicking gleefully through our prized comic book,the overriding message was always one of
self belief, hope and good overcoming evil.

There have been many Super Hero's out there, created by the optimistic minds of people just like you or I.
Superman, Batman, Spiderman, Wonder Woman, the list is endless....

Let's take Superman. How did the story go?

He was shipped to earth alone, from another planet.
So he started off feeling like an outsider. Have you ever felt like that?

He grew up feeling different, hiding his unusual traits, attempting to muffle his hidden talents and uniqueness, in the fear that others would think him strange. Have you ever done this?

Some other people, (the villains) when discovering this uniqueness, started to bully him, due to his 'differences' frightening them and it not complying with their set of rules and agenda.

You can see where this is going (-: 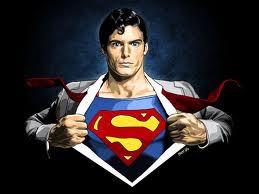 After a period of turmoil and angst he realized
that he had been given a gift.
And this gift could help change the world for the better.
So he decided to use it.


Have you got similar gifts?

Let's look at his bright 'costume' as his outward persona.

Have you got access and resources for putting on a bright 'costume' also? Have you developed your own brand or identity?
In other words has life taught you some skills you could use in how you communicate with others and the best way to achieve the results you desire? Has your 'costume' got the power say, to convince people to follow you so that you can help them to a better environment?
Have you developed a magnetic personality?

If we look at Superman, he was magnetic, confident, charming and charismatic when in his 'costume'.
But he also knew when it was best just to blend in and simply be Clark Kent.
His ability to adapt to the situation, depending on the task at hand and who he was dealing with meant was part of how he became a super leader, role model and hero.
Have you learned how to adapt also?

If not, this is the first and most important step in becoming a Super Hero.

Close you eyes right now and visualize what you would like to achieve.
Imagine yourself there, now, in this enviroment, having suceeded in your goals.
What does the scene look like around you?
What do you hear?
What can you smell, feel, taste?
How does it make you feel?

Super! You have now taken the first step and neuro wired your unconscious,
your biggest super power at your disposal, to lead you on the path towards your goal.

My goal is a big one. To help change the world for the better.
Some of the 'villains' may laugh and even try to destroy me,
and be warned, they will probably have a go at you too once they know you are accessing your super powers, but be strong and hold firm and keep on that path.

One of my favorite childhood hero's was Dorothy from The Wizard of Oz,

I loved her and her clumsy entourage of unusual friends she met along her journey.
It was not until the end of the fantastical journey, that they discover they all already possess
all the virtues that they had been so desperately searching for.
She didn't have to run away to find her heart's desire.

Like Dorothy, I am now clicking my magical heels and making my dreams come true.

Now go put on your heels, your cloak or whatever it may be and start using those super powers!