Are you sure you are uncertain?

Wikipedia says of 'Uncertainty'....  http://en.wikipedia.org/wiki/Uncertainty
The lack of certainty, A state of having limited knowledge where it is impossible to exactly describe the existing state, a future outcome, or more than one possible outcome.

Well, do we actually ever have real certainty?
Or is it all an illusion?
What I mean is, the actual facts....
Over the years many things we believed were 'certain', turned out later to be untrue.

Many old civilizations believed that an eclipse was a demon eating the sun. Their wise leaders were certain that the best way to get rid of the “demon” consuming their sun was to unite and make as much noise as possible to scare it away by banging drums and shouting as loudly as possible.

We believed with the guidance and advice of learned men that the earth was flat.

Thales of Miletus, the first recorded expert opinion of electricity and magnetism, said loadstone attracts iron because it has a soul.The prevailing view then became that movement of any kind indicated life, or a soul, or a god.

Many of us believed a white bearded man, with a big belly and a red coat, flew around the whole world in one night, zipping down chimneys to leave presents under the tree for us all. 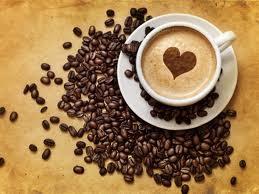 A doctor in Ireland might say if you have a heart condition,
don't drink any coffee
but an Italian one may say have five at the maximum!

In other words, our influences in these beliefs were many. From 'wise' men to doctors, to scientists and philosophers.
Our parents, family, friends, teachers and all around us, helped to shape and mold our concepts, opinions and beliefs.

What I am asking is therefore is,
can we ever really be certain?

Everyday there are new discoveries and old truths being proved as un-truths.

Everyday we are letting go of some old beliefs.

We grow up and find out the truth about Santa, we discover where babies really come from and that money doesn't  in fact grow on trees - 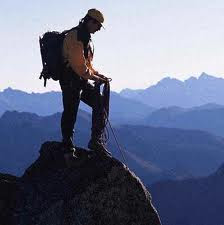 That to learn you have to take risks and sometimes even do things that might
at first seem impossible.

That the clear certainty that you now have that something is 'impossible' might actually be untrue.

So be a little uncertain, no harm in that, but just go do it anyway!


To all your marvelous uncertainty's and new discoveries,

For help in overcoming your fear in uncertainty call 0863845299
or email me at neurocombative@gmail.com
Posted by Unknown at 07:57